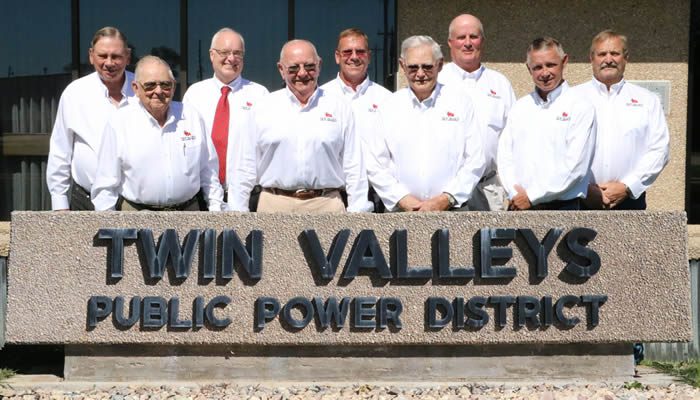 Directors are elected for terms of six years as governed by Revised Statutes of Nebraska, Sections 70-601 to 70-672.  Twin Valleys’ service area is divided into three subdivisions with three directors elected from Subdivision 1, and two directors each from Subdivision 2 and Subdivision 3 (Subdivision Map).  Directors are elected in such a way as to fully represent the consumers within the service area based on population.  Every two years, directors are up for election as their term expires.  These elections take place at the same time as the general elections in November.  The Director is the consumer’s voice regarding district policy and activities.

Meetings of the Board of Directors of Twin Valleys Public Power District are scheduled for 1:00 p.m. the third Monday of each month at the District Office in Cambridge, Nebraska.